2Bchild was born out of Pax Kinderhulp Amersfoort. The founders were host families for years taking in Bosnian children for holidays in their homes for around 3 weeks at a time. This led to their need to get to know the country and to visit the children. Once in Bosnia they began to give small scale help to a number of Bosnian families. With financial aid from family, acquaintances, neighbours and friends the help spread to more families. In between a number of volunteers offered to help as well. The principal remains the same. Small-scale help to children in Bosnia

How do we plan a project?

A trip is planned in such a way that we can visit more than one project. The costs for the journey, accommodation, car hire and expenses while we are there are paid for out of private means. Beforehand we liaise with our Bosnian contacts who must (and want to) assist us often at locations. 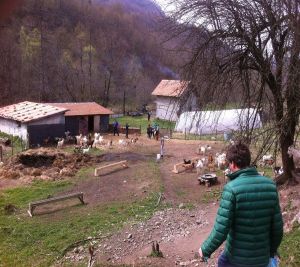 What do we do at the location?

Take for example Emir in Srebrenica: what began as emergency aid (provisions, medicine and household money) has grown into help with a new house and a small goat farm. When visiting the farm Emir’s father shows us the developments and informs us of what he would further like to see achieved. We take note of these wishes and on our return look into what might be possible. Now and again we have contact with Emir on Facebook. Emir has a donor who supports the family on a regular basis. However for some projects

that is insufficient. In this case for example by ‘current projects’ we make an appeal for extra support.

Does 2Bchild only help families?

No, 2Bchild also has amongst their projects a Bosnian primary school in Vitez. A teacher at the school approached us as to whether it would be possible to provide lunches for the poorest children who could not pay for such and who brought nothing with them from home to eat. It has been agreed that the director of the school will draw up a list of those children who qualify for this help. In The Netherlands campaigns have been organised to raise the necessary funds. An acquaintance has begun a project at a primary school in Rhenen; via a bakery in Spakenburg we are selling for a month long a ‘roll of the month’ with the proceeds going to the cost of the lunches and a primary school in Amersfoort is arranging a collection.

In the past 2Bchild also helped a day centre where children under supervision could play after school. Unfortunately due to the fact that the Council were unable to fund the gas, water, light and play material the centre had to close. 2Bchild had too little means to support this centre on a yearly basis

How does 2Bchild provide material at a location?

An example are Borjana and Marko, two children that we have been following for years. In their house, where they live together without parents, we have been able to make it more comfortable for them. We have transported a variety of goods to Bosnia from The Netherlands and on top of this in 2016 replaced two windows. Via our contact in Social Services we received an address from a factory which manufactures doors and windows. In the Spring of 2016 we visited the factory in Bosnia and ordered and paid for 2 windows. The Company installed these taking photo’s of such which we have received from the Social Services. 2Bchild will see the result for themselves at the end of 2016

What does 2Bchild do in suspect situations?

We follow a lot of children and obviously cannot, for example, improve all their home situations. Sometimes we have little confidence that money given to family members is actually spent on the children. In that case, for example, we provide groceries for the family. On occasions we also arrange for our contacts in Bosnia to oversee the money. Books and school buses are also arranged in this way. This gives the biggest chance of the help succeeding.

We also have to admit that we do not succeed all the time. Sometimes it is extremely difficult to initiate the help as the problems are just too big. Pigs and cows can die, a harvest can fail or a child stops going to school. However, we never give up and always are looking for the opportunity to succeed. 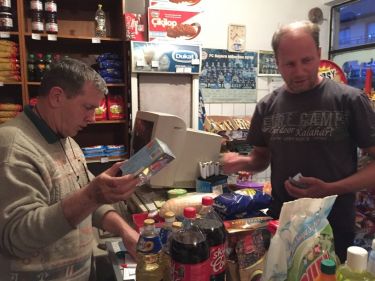 What does 2Bchild do for donors?

On our return to The Netherlands after a trip to Bosnia we tie up all the loose ends. Following this we arrange an information evening for all donors and interested parties. Via an email or news letter we keep donors and sponsors up to date. Without their help it would be impossible to help the children.